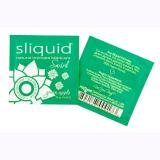 Handy Single Strips of 24/48 to Meet Your Needs

Oral Sex-  Why Use Flavoured Condoms

Here are a few ways to  contract an STI

Humans are gifted with several orifices.And nature tells us that orifices are meant to have something shoved into them. After all, its difficult to tell the difference between a rabbit hole and a gold mine. Both look about the same, and both have an entrance.

You can be the pick-of-the-crop with these long-hanging goodies. Sold in strips of 3, and at attractive prices.You can make these a first-time purchase to try out flavored condoms without investing in a lot of money. HardCover Green Apple flavored condoms are time-limited to July of 2020

Condoms: Instructions For Use

Instructions for condom use are contained in the “insert” that accompanies all the single-strip products. Check the expiry date of the condoms on the outer wrapper/foil of the condom. Here are some guidelines for using condoms in general.

• Use a new condom for each act of sex.
• Tear open the package carefully. Do not use fingernails, teeth, or anything that can damage the condom.
• Before any sexual contact, place the condom on the head of the erect penis with the rolled side out.
• Unroll or pull the condom all the way to the base of the erect penis. If the condom doesn’t unroll easily, it may be on backwards, damaged, or too old. Throw it away and start over with a new condom.
• Immediately after ejaculation, hold the rim of the condom in place and withdraw the penis while it is still erect.
• Dispose of a used condom by wrapping it in tissue and throwing it into the trash. Wash your hands with soap and water.

Condoms are also an effective barrier against STI’s (Sexually Transmitted Infections),and their use can reduce the risk of transmission of HIV (AIDS),and other STI’s such as

How To Have Oral Sex

If you or your partner (s) are afficionados of oral sex,and looking to reduce the taste of latex,and perhaps replace it with something flavored,here’s your chance to pick up a 144/pack of HardCover condoms. HardCover Bubblegum Flavor/Scent condoms here.

Oral Sex is STILL Sex. That’s why you still need to practice safer sex by placing a barrier (or dam) to prevent skin-to-skin contact if you are performing oral/vaginal or oral/anal sex.

Oral barriers, usually called dams, are barriers that reduce the risk of contracting sexually transmitted infections when participating in oral sex. An oral barrier is a thin sheet of rubber latex or polyurethane in a rectangular shape that measures approximately 10″ x 6″.

There are no reviews yet.